Since the dawn of creativity, artists of every discipline have seemingly waged war on distraction. Proust famously locked himself away with earplugs and soundproof cork-covered walls to help himself write, while Kafka sought out solitude “not like a hermit” he said, “but like a dead man.” But this longstanding battle between creatives and the pains of paying attention is increasingly becoming less of a funny coincidence and more of a scientifically proven phenomenon.

In the past, studies have found a link between creativity and daydreaming, stating that those who find themselves staring into space regularly are more likely to be creative problem solvers. Evidence has also suggested that employees who engage in “leisurely internet browsing” between tasks are significantly more creatively productive. So it should come as no surprise that a study conducted by Northwest University has found that highly creative individuals are generally more easily distracted than the average person. This study suggested that creativity may be linked to a reduced ability to filter out less important information, which is largely in part due to “leaky” sensory filters. In layman’s terms, your sensory filters are a bit like a sieve. They help us filter out the less important sensory information and allow us to focus on more relevant information. So, to have a “leaky” sensory filter is to have a tear in that sieve, meaning certain pieces of more “irrelevant” information often slip through, thus distracting us.

These pieces of irrelevant information that slip through the cracks can be simple things like ticking clocks or a nearby conversation, things that you can’t simply ignore while focussing on something else. Things that other people generally have no problem ignoring. Researchers at Northwest University investigated the theory of whether or not these leaky sensory filters are more prevalent in creative individuals. They gathered together 97 participants and interviewed them on their history of creative achievements and creations to determine which of them were creatively successful amongst the group. In a separate test, each participant was then played a series of beeping noises while the electrical impulses in their brains were measured. The test showed the researchers how much (or how little) each participant was able to filter out the repetitive noise over time. The findings showed that the common thinkers responded to the first noise, and progressively ignored the following ones, while the creative thinkers paid the same amount of attention to each and every sound. This observation of this consistently maintained level of attention to an ‘irrelevant noise’ by the more creative minds is what led researchers to their theory of leaky sensory filters.

This study is not the only one of its kind, though. A similar study was conducted by Harvard University and the University of Toronto a few years ago. 80 students were gathered and run through a test “designed to measure their ability to ignore irrelevant stimuli, such as the air-conditioner humming in the background or the conversation taking place nearby.” While researchers expected those who were able to ignore the stimuli to be the higher achievers, surprisingly the results lent in quite the opposite direction. As it turned out, the students that struggled to filter out the distractions were more likely to be ranked as “eminent creative achievers” than those who had no problem focusing. A lot of the time we seem to consider our ability to focus to be an important factor in achieving success, but all of this evidence seems to actually point to the contrary.

Are These Distractions Detrimental?

“Easily distracted” is generally regarded as a negative trait to have. It’s the one we were all chastised about at school, but is it actually detrimental to productivity? As the previously mentioned studies have determined, there is a distinct trend towards a high degree of creativity and distractibility, suggesting that perhaps distractions aren’t quite the bane of all productivity. So, if you involuntarily pay attention to everything around you and suspect that you may be the owner of a leaky sensory filter, don’t fret.

While having a ‘leaky sensory filter’ may sound like a bad thing, and while it may be a little frustrating to have, it just might be the part of your brain that helps generate innovative solutions to tricky problems. As previously mentioned, if you’re the owner of a leaky filter, chances are that you are a more highly creative person, capable of forming more complex and unique ideas. But, why is this? Well, thanks to your leaky filters, you are consistently taking in more information than the average person and focusing on far more than the task at hand at any given time. This trait is highly effective when it comes to solving problems as oftentimes the first solution isn’t the correct one. But, when armed with this widened scope of attention, and a broader spectrum of information, it’s made much easier to create more innovative and creative connections, concepts and ideas. So when faced with a problem, while a typical thinker may focus in on one obvious solution, a more distracted thinker will often take in all the information, relevant or irrelevant, and come up with more creative, engaging and complex ideas and solutions.

In fact, associate professor of neuroscience at the University of Guelph in Canada, Mark Fensce, says that distractions may be a necessary tool for creative problem solving:

“It’s paradoxical. You need to be able to focus to shut off distractions, but sometimes you can focus too hard. You get stuck on something that is not helpful,” he says. “I sit in front of thousands of dollars worth of equipment and spend an embarrassing amount of time staring at the screen, then I get my best idea in the shower.’’ Sound familiar? By switching off and performing less cognitive-heavy processes, you allow your mind to de-focus from the problem at hand and associate with ideas more freely. Think about Sir Isaac Newton and his discovery of gravity. Whether or not you believe in the old fable of the apple falling and hitting him on the head in a display of gravity, the point is still there. By allowing himself to be distracted from his current dilemma, he allowed his brain to access more creative, free-formed thoughts, and allowed himself to make more inventive connections. Therefore, while these minute distractions throughout your day may make focusing on the goal at hand trickier and tiresome in the short term, they can actually help you out in the long term creatively.

So, are all distractions detrimental to productivity? Not at all. As the author of the study conducted at Northwest University, Dr. Darya Zabelina, notes: “If funneled in the right direction, these sensitivities can make life more rich and meaningful, giving experiences more subtlety.”

How Do We Fight Back Against Distraction?

Whether or not these distractions are a sign of high creative intelligence, and whether or not they help the creative process in any way, there’s no arguing that they can be infuriating and a drain. So, if you suspect you’re the owner of a leaky sensory filter, how can you best go about avoiding distractions and getting to work?

01. Turn Off Your Notifications

The best way to regain your focus is by limiting the number of points of competitive sensory information and allowing yourself to focus solely on the one at hand. One tip is to turn off your notifications. This may be your email, social media, phone, etc. Anything that pops up, catches your eye, and is too irresistible for you to investigate, turn it off.

If you follow this route, be sure to also designate reply times. Again, for emails, messages, and other forms of communication, give yourself a few windows throughout the day where you reply to your messages. This will take the temptation out of replying while focusing on a different task.

Take short breaks. As we’ve established, small distractions and moments of leisure throughout your day can help yourself refocus and look at your task with fresh eyes. A frequently used mode of working is the Pomodoro Technique, which breaks down your work time into 25 minute blocks in a way that is thought to increase productivity. Find the schedule that works for you and stick to it.

Avoid music with lyrics. There are many proven benefits to listening to music while working, but just be sure to choose the right genre. Studies have shown that for language-based tasks such as writing and reading, music with lyrics simply makes the job tougher. So, if you’re working with the written word, consider seeking out music of the more ambient nature instead.

05. Be Selective About Where You Work

Be selective about where you work. While we all imagine that a busy, chattering coffee shop is the perfect place for a creative type busy at work, this isn’t always the case. This scene might not suit you if you have a habit of subconsciously tuning into other people’s conversations. Try to choose a space that suits your needs and offers the least amount of distractions.

06. Identify the Things That Pull You Out of Your Focus Zone

Identify the things that pull you out of your focus zone. All this being said, all people are different and have different points of distraction. Emails may throw you off completely, but music with lyrics may not bother you at all. Try to keep a log of how productive you have been on any given day and identify the things that you did differently and how it impacted your productivity. Whatever it is that pulls you out of your focus, try to shut it off, or move away from it.

Staying creatively focused is hard enough as it is, but to have to constantly battle against the plagues of distraction just makes it that little bit trickier. So, the next time you catch yourself getting distracted from the task at hand, try not to beat yourself up about it. Replace old/bad habits and adopt good/new habits. 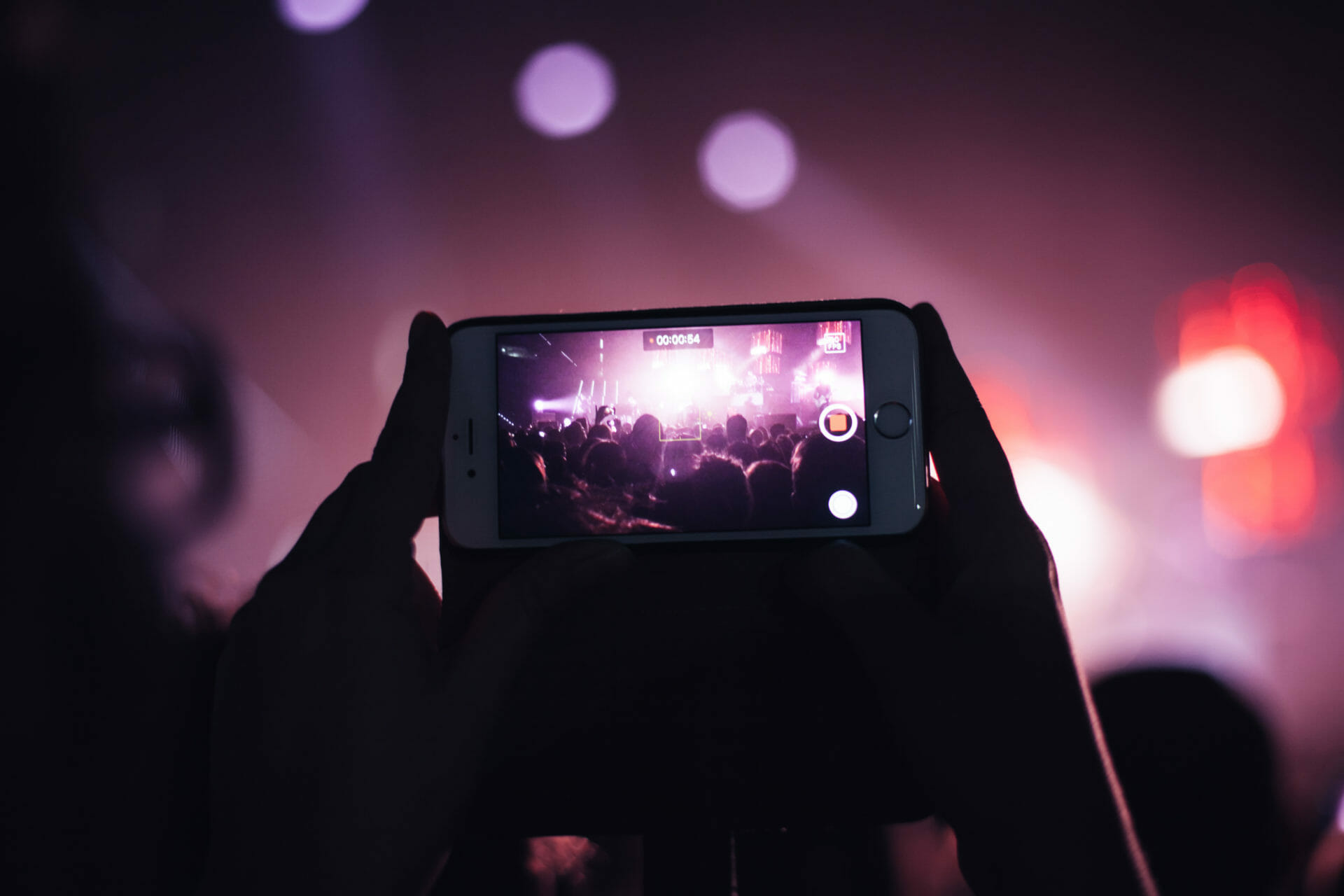 Click on the button below, enter your details and I will email you a creative brief. Once I receive this back with your presentation, we can discuss your requirements in more detail and then I can get to work!

Hi there… I am a talented presentation designer, creating meaningful and visually stimulating designs. I have over 15 years experience and consider myself fortunate to work with and for all kinds of people from many sectors of industry.

I'm based in the Thames Valley and work internationally if required